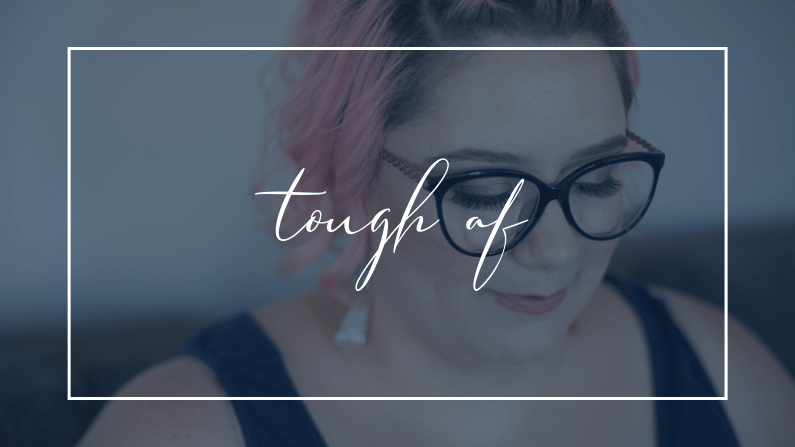 October was tough AF… I was tougher

There is something about me and October.

Until 2012, I don’t think I can remember a single October as being particularly outstanding. But since, each and every year, the month that brings me beautiful things like cozy scarves, pumpkin spice everything and Halloween, also brings a lot of challenges. In 2012, I was laid off from a job I loved. In 2013, I had a client pass away which started a series of events the concluded with me having a mental breakdown. 2014-2016 was mostly the challenges of a budding business.

This month started with the Vegas shooting, while I was there for a conference. The following day saw my most challenging client to date not only firing me, but leaving a hefty bill unpaid, and subcontractors needing to be paid out of my pocket. And the rest of the month was playing catch up on all the projects I’d fallen behind on, but I was moving SO SLOWLY because of the energetic recovery I needed after the shooting.

And at the end of every month, I like to take stock of the things I’ve accomplished. I’m not super disciplined about this practice, but I should be because it’s a big reminder of the things I’ve gotten done. I have a tendency, especially when busy, to finish a task and before it’s even crossed off the to-do list, I’ve said “Yes, and…” and moved onto the next thing. Today is the end of October, and I put the final touches on a client’s website that is set to go live tomorrow. And as soon as I uploaded the last change, I felt relief sweep over my body. And then tears. I could finally breathe.

Since July, I’ve felt this overwhelm that has been hard to put my finger on. I can’t tell you how many times I’ve said I felt like I was drowning, and that’s not a metaphor I use lightly. And suddenly… there was air. Suddenly, things felt possible. Suddenly things felt okay again. And okay is not something I’ve felt for longer than I care to admit.

Even though these have been the busiest months I’ve had as an entrepreneur, I’ve still remained dedicated to connecting with my peers through my weekly mastermind (even from the airport in Vegas!), and at events and gatherings. Because we need people, and when stress hits, it’s easy to sneak into our hidey hole and wait for the calm to return. I’ve also remained committed to my personal growth. I’ve been working on mindset, building crystal grids, hosting a fire ceremony, meditating and chanting. I’ve been drinking water, and sticking to the avoidance of my food sensitivities – cause self care MATTERS, especially when times are tough. And lastly, I’ve called in reinforcements. I’ve had a Bach Flower consult, angel reading, akashic records healing, and continued my angel training and started a new program around sacred boundaries to help me return to myself. Yes – all in one month, while juggling a very full client roster. Was it a lot to take on? Absolutely. But I didn’t have to do it alone.

So thank you, October. You kicked my ass pretty thoroughly, but I’m still standing. And guess what? I’ve got a lot of fight left in me.

May this fall season bring more flow, more ease, and more grace… to my way and to yours. 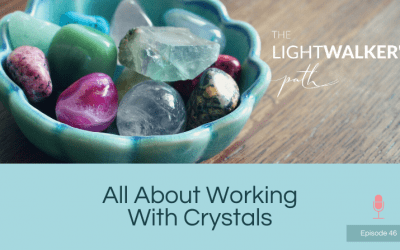 All about working with crystals – episode 46