This week has been a challenging week for me, service wise. I got the run around from a merchant overseas who sent me the wrong item… I had my vacation cancelled because of a mix up with a travel agent (who was also hella rude, but that’s a story for another day)… I had a return that was meant to be expedited but is taking days to get here… Even poor Starbucks had their debit system down, so I had to make an extra pit stop for cash (with time I didn’t really have) and so on.

Kinda weird for this to all happen at once, right?

Like, literally all in one week. So what gives? 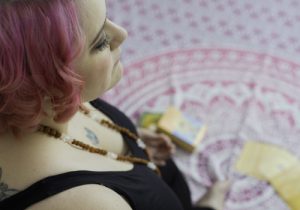 I’m a firm believer in the flow of energy (yeah, it’s a little woo-woo, but I’m a lot woo-woo, so there you go). The last several weeks have been all about the hustle, and in doing that, I sacrificed my own boundaries… long hours… working evenings and weekends… neglected self-care. So where’s the thing — the way we treat ourselves is the way we announce to the world we expect to be treated. So I’m kinda wondering if in treating myself poorly (I can’t even tell you how much coffee and processed food I’ve had during this busy time, and how little water I’ve consumed to compensate), I sort of set the stage for others to treat me in kind.

And I’m going to be honest… by the end of last week… I was a bit cranky. By neglecting my own self-care, my normally patient and forgiving self went out the window and I was a bit snippy, I’m not gonna lie. Exhibit A: my last blog post which was more than a little snarky… which I was SO mad about, that I forwarded to the institution it was written about… That was a bit of a dick move. I was also catching myself being really judgmental of others when I was out of the house. I gave more stink eyes than I care to admit. This isn’t me, though. When I’m centred, I am generous with my time and advice. I share openly. When people step on my toes, I usually give a firm (but gently) NO, and tend to re-educate them. But this was something else. It was a sign to pay attention.

I see you Universe. I’m calling you out.

So if *I* set the rules of engagement, it means *I* can change them. My goal now is to prioritize my needs, honour my self-care (like I need any extra incentive for that!) and treat myself better so I’m showing the world I’m worth it. And I fully expect that by next week, it’ll be business as usual.

So today, instead of sending in yet another complaint, I caught myself and chose patience first.  (Honestly, I get tired of hearing myself when I get like this.) With the holiday… I’m choosing to TRUST that it will all play out beautifully… exactly as planned. Lemme tell ya, trust is synonymous with torture for people who like structure and control… but I’m working on it. I’m picking my battles. Because…

This kind of perspective makes me feel like I’m in the driver’s seat, not that all these bad things are being done TO me. Do you see the difference? In picking my battles, I’m reclaiming my power. And as a recovering control-freak… that’s a comforting thing. 😉 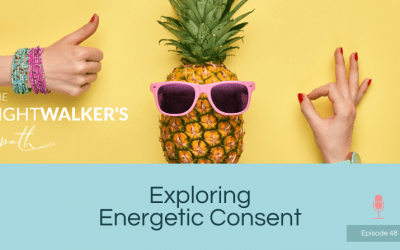